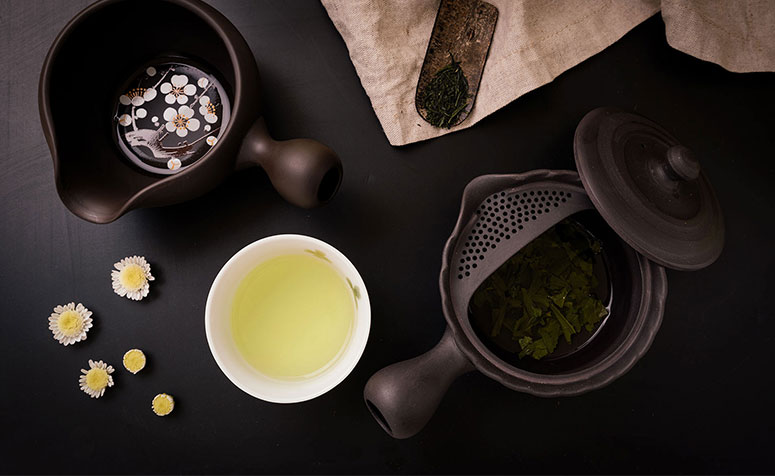 Consumption of green tea dates back to ancient times, but recently this type of tea gains popularity all over the world.

Tea is considered the most commonly consumed beverage after water, as 78% of consumption is accounted for black tea, and the rest to the green.

Green tea is made from unoxidized leaves and is one of the least processed teas and therefore contains many antioxidants and beneficial polyphenols.

Green tea has been used in Chinese and Indian medicine to control bleeding, heal wounds, to help in digestion, improve cardiac and mental health and to regulate body temperature. Recent research suggests that green tea may have beneficial effects on everything from weight loss to liver disorders, from type 2 diabetes to Alzheimer’s disease.

Listed below are the possible health benefits associated with green tea. It is important to note that more evidence is needed before these benefits are proven definitively:

According to the National Institute for Cancer Research, the polyphenols in tea have been shown to reduce tumor growth in laboratory and animal studies and may prevent damage caused by ultraviolet UVB radiation.

In countries where green tea consumption is high, the number of cancer cases is lower, but it is impossible to know for sure whether this is due to green tea which protects those specific age groups of cancer or is due to lifestyle and other factors.

A large-scale clinical study compared people who drink green tea with people who do not drink. It has been found that when green tea drinkers are less likely to develop pancreatic cancer, especially women where the probability is 50% less.

Researchers believe that the high level of polyphenols in green tea helps kill and stop the growth of cancer cells, but the exact mechanism of interaction between cancer cells and green tea is unknown.

In 2005, the US Food and Drug Administration declared that there is no credible evidence to support consumption of green tea as a remedy against breast, bladder, ovaries, colon, liver, prostate, skin and stomach cancer.

In a 2006 study published in the Journal of the American Medical Association it is concluded that consumption of green tea leads to lower mortality and reduces the risk of cardio – vascular diseases.

An 11-year study in Japan, was launched in 1994 involving 40 000 participants between the ages of 40 and 79. The participants who drank at least five cups of green tea a day had a significantly lower risk of cardio vascular disease, compared to those who drank less than one cup of green tea per day.

Analysis of studies published in 2011 shows that consumption of green tea as a beverage or in capsule form, is associated with a decrease in the so-called “bad” cholesterol.

Regular consumption of green tea or coffee is associated with a reduced risk of stroke, according to a study done in the US journal “Stroke”- edition of the American Heart Association.

The lead author of the study, Yoshihiro Kokobo – MD says “this is the first major study of the combined effects of green tea and coffee and their impact on the risk of stroke. You can make small but positive change in your lifestyle to reduce the risk of stroke by adding a cup of green tea to your daily diet”.

Research done about the connection between green tea consumption and the development of diabetes are controversial. Some show a lower risk of developing diabetes, others find no connection.

Given the fact that green tea is a very powerful antioxidant, its regular consumption has a positive effect on overweight people.

7.  Inflammatory diseases of the skin

A study done in 2007 concluded that green tea may be a promising treatment for skin diseases such as psoriasis and dandruff.

Studies on animals with inflammatory skin disease often characterized by skin peeling and redness caused by inflammation and overproduction of skin cells have been performed. Those treated with green tea showed slower growth of skin cells.

Studies published in the journal Psychopharmacology, showed that green tea consumption may improve cognitive functions of the brain, especially in the working memory. The research team said that their findings suggest that green tea may be promising in the treatment of cognitive disorders associated with neuropsychiatric disorders such as dementia.

In a study published in 2011, researchers tested the effect of the component of the green tea CAGTE, after grinding, in order to see how it affects the key protein in Alzheimer’s disease. The study shows that at high concentrations, CAGTE protects cells from the toxic effects of amyloid protein – beta.

Researchers from the University of Michigan published results of a study from 2013, which shows that a molecule in green tea may help prevent misfolding of specific proteins in the brain.

Unsweetened green tea is a beverage with zero calories. The caffeine contained in a cup of tea depends on the time of infusion and the amount of green tea.

Green tea is considered one of the healthiest beverages in the world and contains more antioxidants than any other tea. Professor Dr. Christopher Ochnarot from Icahn Medical School Hospital Sinai said “I think this is the healthiest thing to drink”.

It is believed that natural chemicals called polyphenols in green tea, provide anti-inflammatory and anti-carcinogenic effects.

Epigallocatechin – 3 – gallate (EGCG) is the most researched and bioactive polyphenol in green tea. It is proven that it is most effective in eliminating free radicals.

From 20% to 45% of the weight of green tea consists of polyphenols, of which from 60% to 80% are catechins such as EGCG. These catechins are antioxidants and fight the damaged cells in the body.