Health benefits. Green tea is the healthiest drink on the planet 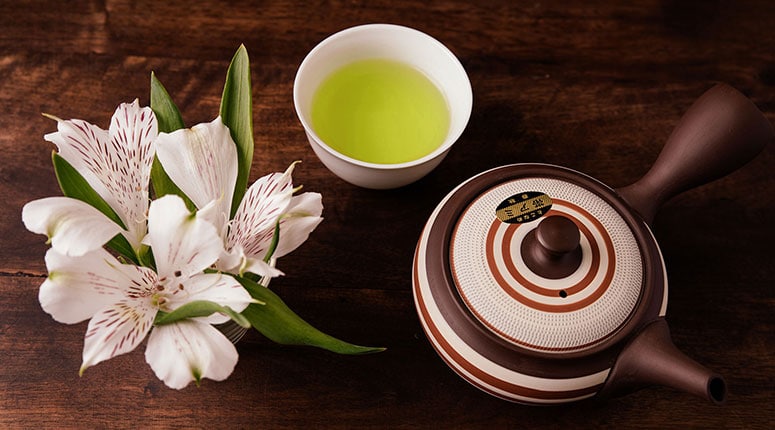 “In Shizuoka Prefecture, where green tea has grown from twelve centuries, the rate of cancer is very low, even for Japanese standards. Residents of the prefecture drink about 10 small cups per day and infuse tea leaves once instead of making multiple infusions with the same tea leaves as the other Japanese.” – Diana Rosen “Book of green tea”.

When speaking of the influence of the green tea on the human body we should pay attention to its content and its impact on us. Many studies are made on green tea, many more shall be done, but the following ingredients are proven to have direct benefit to human health.

Stimulants – caffeine, theophylline, theobromine. We should note that the caffeine content in a cup of tea in times – less than a cup of coffee, and in combination with theophylline and theobromine has a healthy effect on cardiac and central nervous system. Another important substance that calms the nervous system found in green tea is the amino acid L – Theanine. L – Theanine helps to increase concentration ability.

Green tea contains natural antioxidants called polyphenols. It is believed that they are the strongest natural antioxidant (60 times stronger than goji berries). In the human body polyphenols speed up metabolism and helps the liver to function better. They help lowering the blood sugar, and thereby prevent diabetes.

Green tea belongs to the group of catechins. Catechins are stronger than vitamin C and E, as regards to the suspension of oxidative damage to cells and contribute to the heat and energy production in the body, leading to burning of calories. There have been many studies that show that daily consumption of green tea helps you lose weight.

There are medical studies that prove that green tea helps with high blood pressure because it suppresses the action of the enzyme causing hypertension.

Daily drinking of green tea eliminates bacteria in the mouth, thereby prevents the occurrence of tooth decay, gum disease, tooth loss and bad breath. This again is due to the natural fluoride, polyphenols and catechins.

In many years of use due to the antioxidant and anti-inflammatory action, green tea protects against osteoporosis and fractures.

Studies of green tea show that because of the gamma delta – T cells, the green miracle from Japan, enhances immunity against flu and colds.

There is evidence showing that bioactive compounds contained in green tea help fight allergies, and according to recent research green tea can be a barrier against Alzheimer’s and Parkinson’s.

Theanine and amino acids contained in green leaves act relaxing and soothing and thus protect you from a state of depression.

Last but not least we should note the beneficial effect that green tea has on the skin – it lessens the wrinkles by stretching the skin. This is due to the antioxidants and stopping the inflammatory processes.

Hardly, can we summarize the benefits of Japanese green tea, which in antiquity was used as a luxury medicine but it is important to note that its regular use, leads to an overall healthy body. Through its day intake, you will feel vital, efficient and protected from very insidious diseases. To maximize the effect of green tea, please follow the instructions for preparation.